Ver.0.3 is finally here and it brings with it a slew of improvements as well as a new character! Welcome Gerzil to the arena! 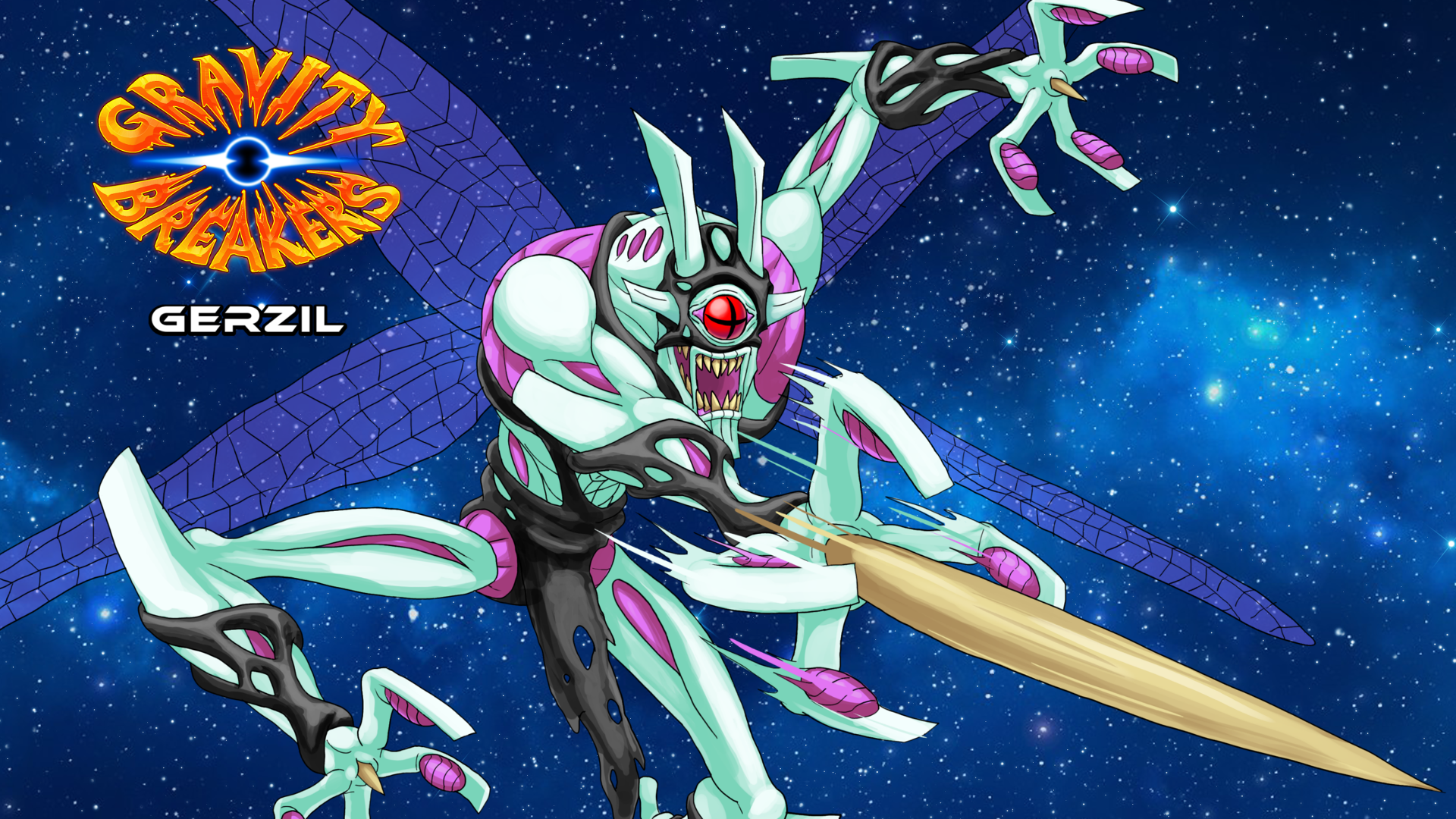 Gerzil is a drone who lost her Queen and colony when the Star Eater came through her system and decimated her hive. Without the constant psychic hum of the hive-mind she feels utterly alone. Cardinal takes pity on her and, in spite of Nancy's objections, offers her a spot on the team and a chance for revenge. Gerzil makes the calculation that she has nothing to lose and joins Cardinal and Nancy on their mission to save the Universe.

Gerzil's fighting style is savage and bloody, revolving around her ripping claws and retractable spikes. She is the first character with a grab type special move: Monster Clutch. This move is still WIP but the final version will drain life from the opponent like a vampire. From a distance Nancy fires webs, spikes, and insects.

We also fixed some gameplay issues and made some minor adjustments to Cardinal and Nancy.

You may have noticed the price went up a bit. This is part of our Early Access plan. As we've stated on the store page, if you buy Gravity Breakers now for the Early Bird price you will get access to the full game when it releases as well as pre-release builds and exclusive artwork and desktop images. As more content gets added the price will increase until we reach the ver.1.0 (full price).

We've got some exciting news on the music front. We've secured a deal with a well known music composer that will totally blow everyone away. The catch of course: they don't work for free! Which is why we are planning to launch a crowdfunding campaign! We will be releasing all the details soon. Stay tuned for an imminent press release!

Thanks everybody for all of your support!